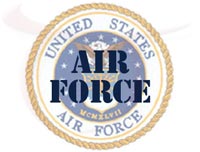 The AIR FORCE AID SOCIETY (AFAS) is the official charity of the U.S. Air Force. It promotes the Air Force mission by helping "to relieve distress of Air Force members and their families and assisting them to finance their education". It is rooted in the original Army Air Corps and the World War II Army Air Forces, whose members wanted to "take care of their own." Through the years, AFAS has become increasingly effective in helping individuals with personal emergencies-- as well as extremely useful when used by commanders to help solve personnel problems in their units.

We promote a dominant United States Air Force and a strong national defense, and to honor Airmen and our Air Force Heritage. To accomplish this, we: